For those of you who don’t know, 3mm figure vendors Pico Armor have revamped their site. They now have a “War College” forum, which is already quite active.

This post is in response to a comment made on that forum that we need O8 to produce some science fiction mechas. While that would be great, it made me realize that a lot of people out there probably don’t know that there are already many options for SF mecha-type vehicles. So I decided to drag out some of mine to show what is available and how they paint up!

These were done bit by bit over the last 10 years or so, as I’ve learned more about how to paint and base 3mm figures. Every one of these groups has about 10-20 mecha: I’ve just grabbed a handful here to show the variety that’s available.

First up, the oldest group, the Red Army. 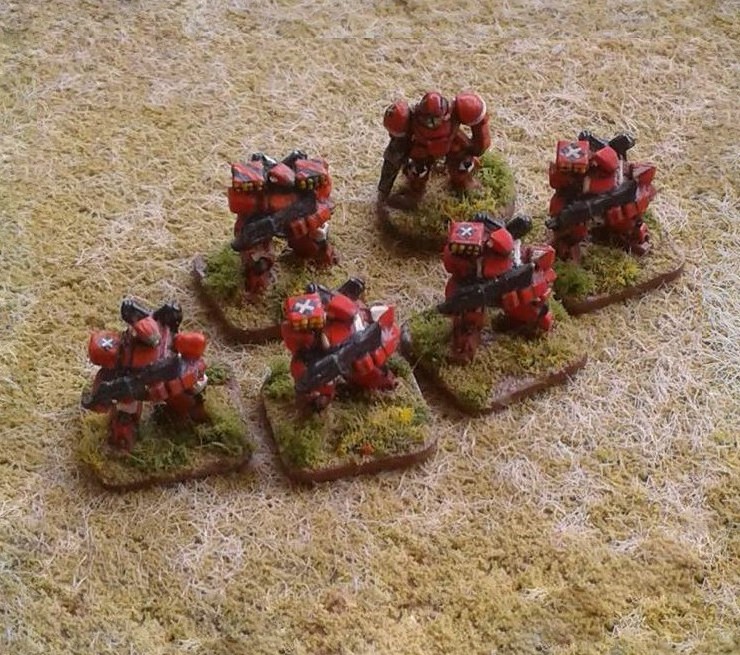 These guys have two kinds of figures: 5 five Dream Pod 9 Fleet Scale Heavy Gear minis and a 6mm Hound Dog walker from Ground Zero Games “Dirtside” line. I have repainted these twice, each time to make the red more vibrant. You’ll notice that one of the DP9 figures has had its missile launcher chopped off to make a recon variant. This was then given to the DP9 figure in the second row to make a missile-heavy support mecha. 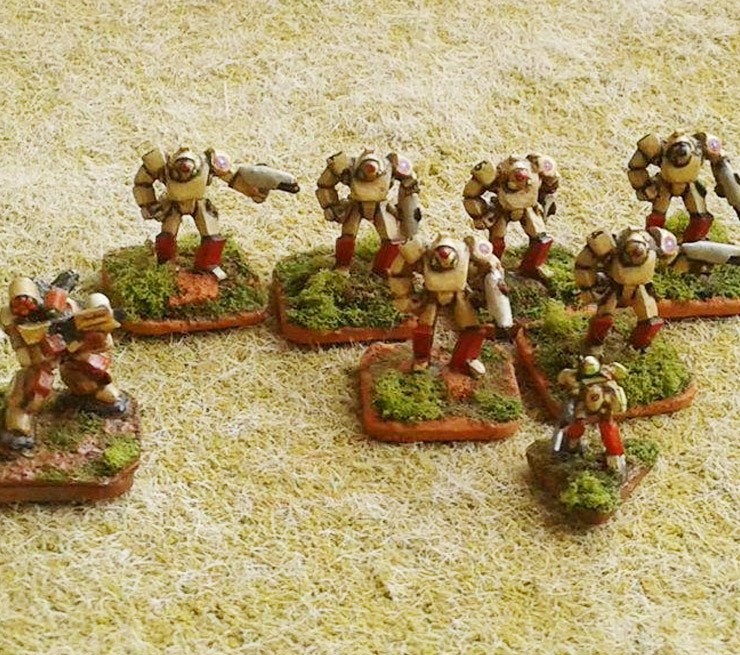 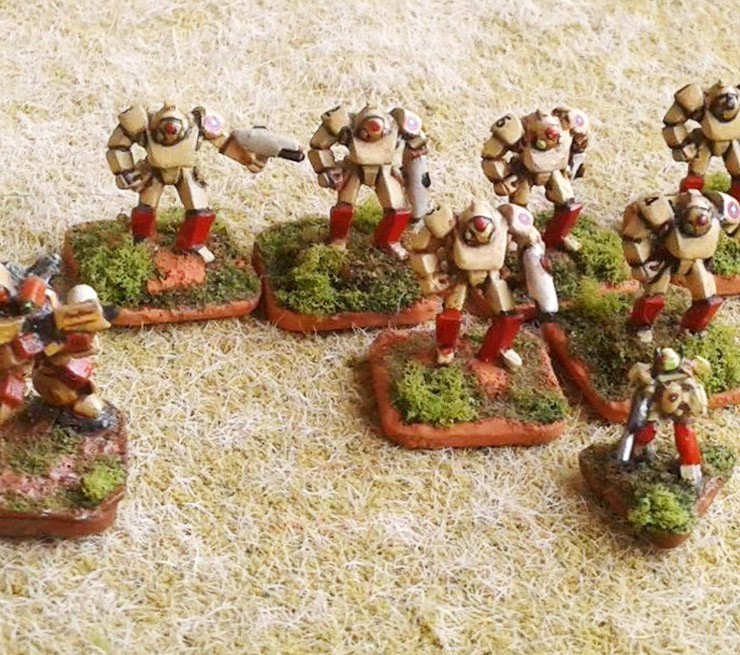 These figures are more DP9 and Ground Zero, except this time there’s a small recon mech added in from Ground Zero’s Full Thrust space combat line. It’s tiny, comparatively speaking, and in my rules it jumps around a lot and has excellent stealth. These have also been repainted to make the tan stand out more.

The third army I painted (but never completed) are the Blues: 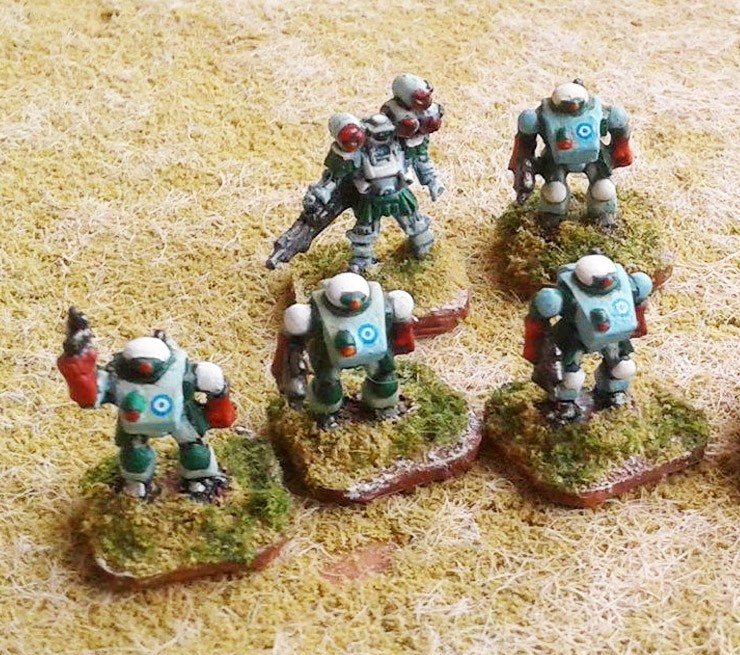 These have even more Ground Zero walkers and two different types of battle armor from Iron Wind Metal’s Battletech line. These are perfectly proportioned for 3mm mechs, as you can see, and there are literally dozens you can choose from on Iron Wind’s site — enough to do your own 3mm Battletech, if you so wish.

The next army, chronologically speaking, was the Grey Army, which came in two groups, the first composed of GZG Hound Dogs (not shown here) and the second of these guys: 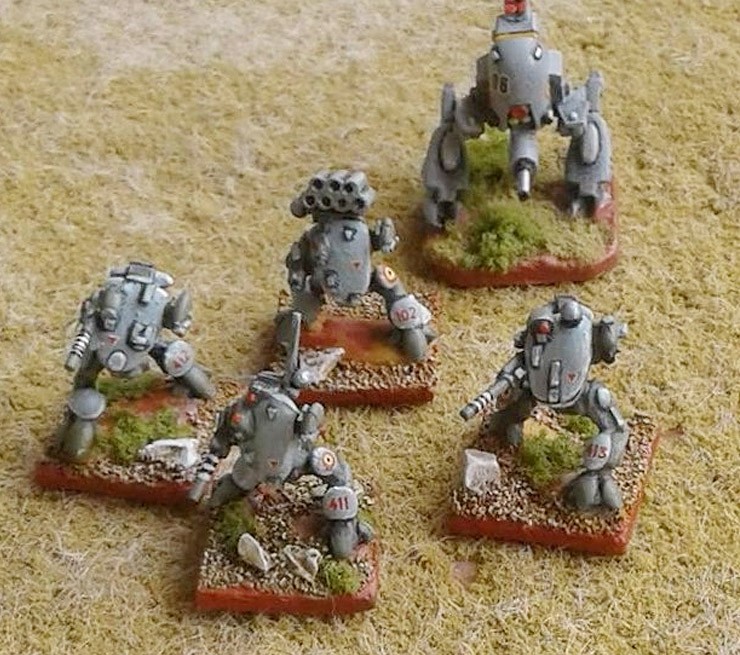 Those are 15mm Robot Legion Velon Skirmishers, from Blue Moon’s Aliens line. They have been suitably modified with railguns and a support missile launcher. Behind them stands a Recce Trooper Drone from DP9’s Eden range. At this scale, it’s either a Warhound-esque light titan or a superheavy mecha. I find it complements the Velon Skirmishers quite nicely.

This is my newest army: the support battalion for the People’s Revolutionary Army on Smade’s World. These are also DP 9 figures (fleet scale Terran frames, this time) and they illustrate well my current painting and basing scheme: as bright and clear as I can get! 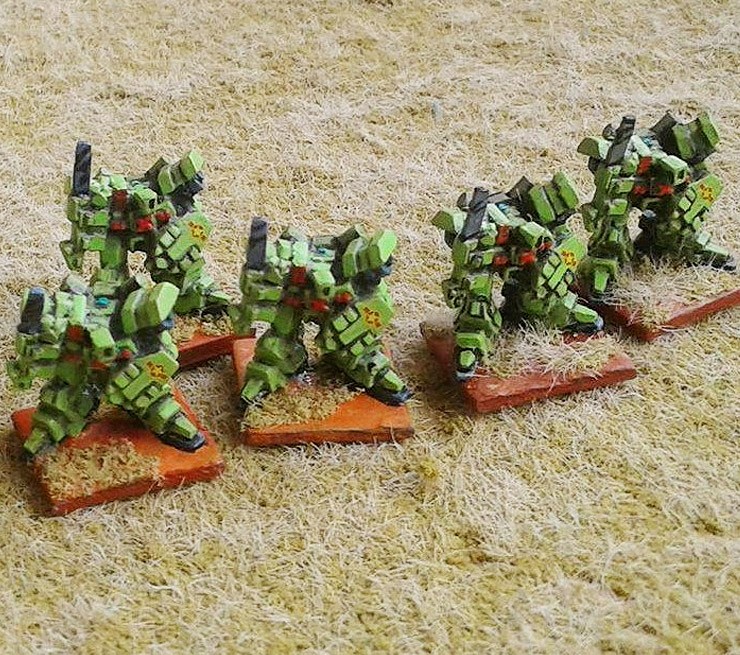 Finally, here are a selection of command stands. These have regular O8 figures on their bases so you can see how they compare. Note the dark green command stand: that was how I was painting before I realized that one needs to go as bright as possible on these figures: 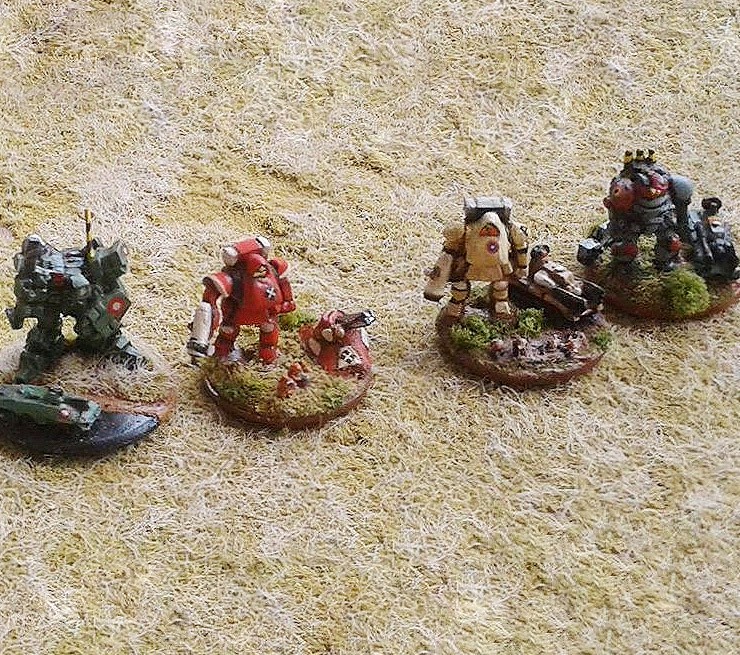 So there you have it! These are just some of the options open to you if you want 3mm mecha. The Iron Wind battle armor line is particularly diverse. I prefer the DP9 and GZG stuff myself, but that’s just my taste.

I do hope that O8 will eventually get around to making more mecha, but as you can see, we are spoilt for choice as is.

And there are so many other figures that can be kitbashed into mecha as well. Here’s one from the Risk: Legacy board game. It’s crappy soft plastic and doesn’t hold detail well, but I modified it into a gun-carrying construction mecha for my guerrilla forces: 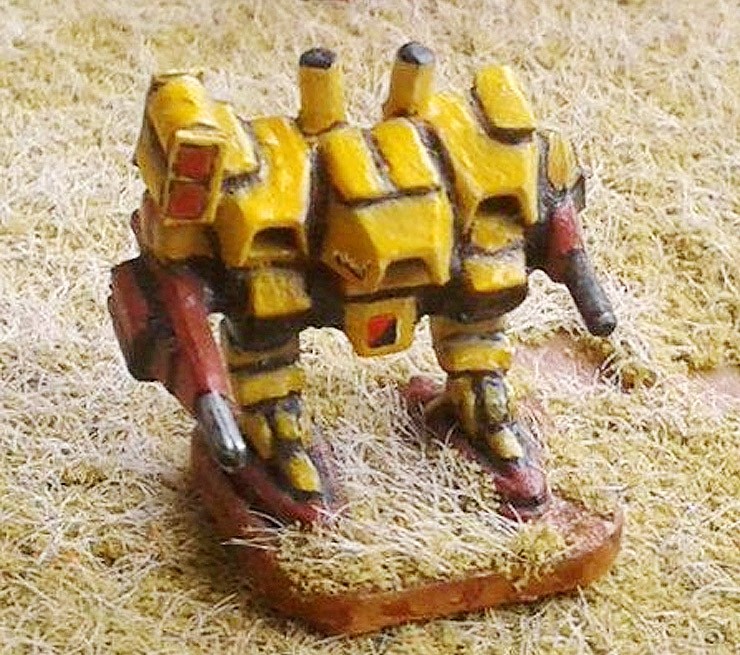 This should give you an idea of what can be done even with toys and game pieces! 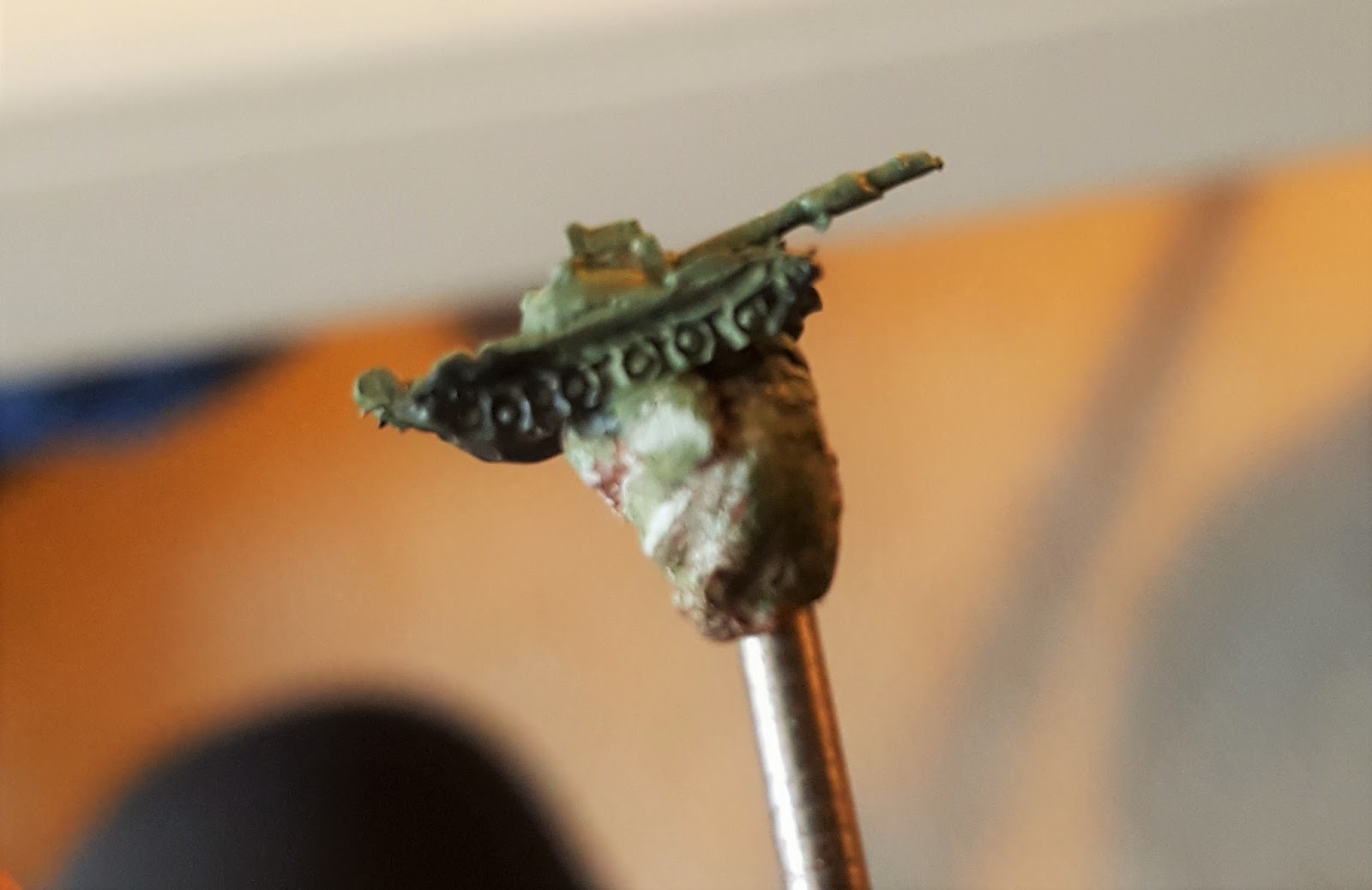