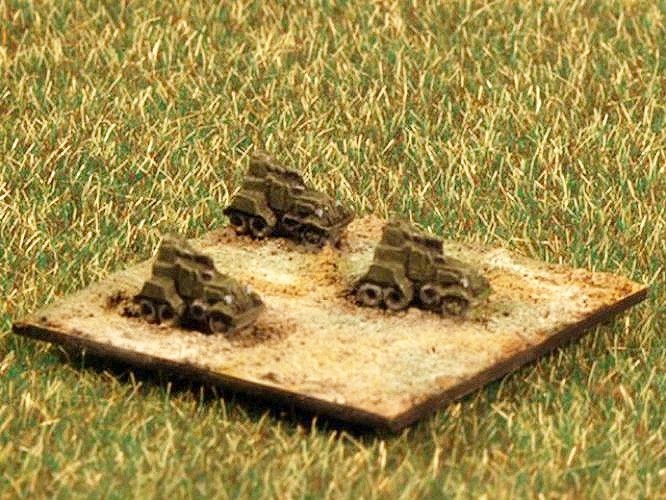 The BA-10 (Russian: Broneavtomobil 10) was an armored car developed in the Soviet Union in 1938 and produced till 1941. It was the most produced Soviet pre-1941 heavy armored car – 3311 were built in three versions. These versions were the BA-10, the BA-10M (improved version with new radio), and the BA-10ZhD (equipped for dual railway/road use). The basic BA-10 design was developed from the BA-3 and BA-6 heavy armored cars. It had an improved GAZ-AAA chassis and improved armor (up to 15mm at front and turret). It was intended that the BA-10 would be replaced in 1941 by the BA-11 with diesel engine and more sophisticated armor design, but the outbreak of war prevented BA-11 production. The BA-10 was in Red Army service until 1945. Significant numbers of captured BA-10s were used by Finland (at least 24), Germany and other Axis powers in Europe.