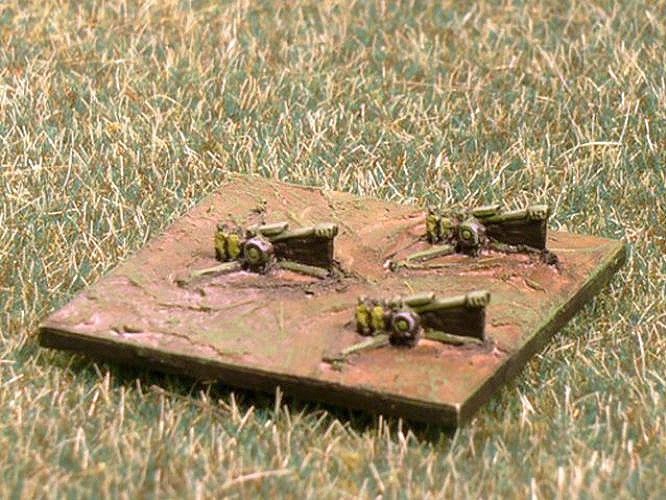 The 122-mm howitzer D-30 (GRAU index 2A18) is a Soviet howitzer that first entered service in the 1960s. It is a robust piece that focuses on the essential features of a towed field gun suitable for all conditions. The D-30 has a maximum range of 15.4 kilometers, or over 21 km using RAP ammunition.

With its striking three-leg mounting, the D-30 can be rapidly traversed through 360 degrees. Although no longer manufactured in the nations of the former Soviet Union, the D-30 is still manufactured internationally and is in service in more than 60 countries’ armed forces.

The barrel assembly of the 2A18 gun is used by the 2S1 self-propelled howitzer. There are also Egyptian, Chinese, Serbian and Syrian self-propelled variants and conversions. The Syrian conversion utilizes the hull of a T-34 tank.