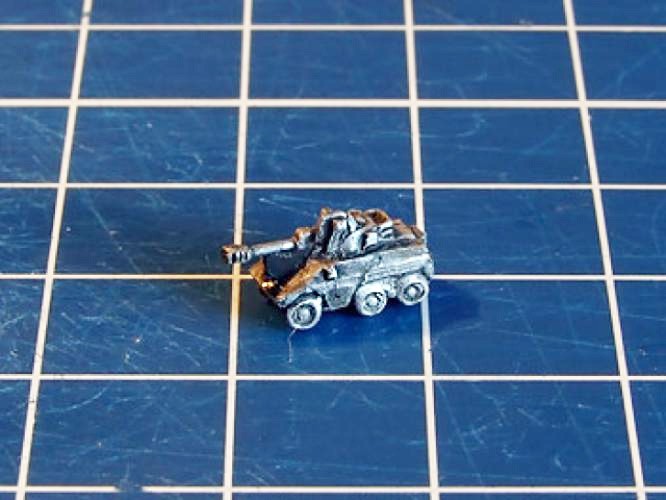 The EE-9 Cascavel (Portuguese pronunciation: [kɐʃ.kɐ.ˈvɛɫ], translated to Rattlesnake) is a six-wheeled Brazilian armoured car developed primarily for reconnaissance. It was engineered by Engesa in 1970 as a replacement for Brazil’s ageing fleet of M8 Greyhounds.[6] The vehicle was first fitted with the Greyhound’s 37mm main gun, and subsequently, a French turret adopted from the Panhard AML-90. Later models carry unique Engesa turrets with a Belgian 90mm Cockerill Mk.3 cannon produced under licence as the EC-90.[1]

The Cascavel shares many components with the EE-11 Urutu, its armoured personnel carrier counterpart; both entered production in 1974 and are now operated by over 20 nations in South America, Africa, and the Middle East.[6] Rights to the design were also sold to the United States via the FMC Corporation.[7] About 2,767 Cascavels and Urutus were manufactured before Engesa ceased operations in 1993.[6]