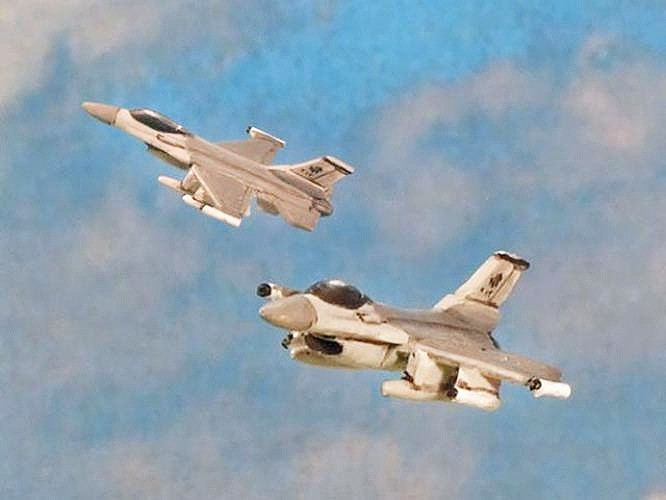 The General Dynamics F-16 Fighting Falcon is a single-engine supersonic multirole fighter aircraft originally developed by General Dynamics (now Lockheed Martin) for the United States Air Force (USAF). Designed as an air superiority day fighter, it evolved into a successful all-weather multi-role aircraft. Over 4,500 aircraft have been built since production was approved in 1976. The Fighting Falcon has key features including a frameless bubble canopy for better visibility, side-mounted control stick to ease control while maneuvering, a seat reclined 30 degrees to reduce the effect of g-forces on the pilot, and the first use of a relaxed static stability/fly-by-wire flight control system which helps to make it a nimble aircraft. The F-16 has an internal M61 Vulcan cannon and 11 locations for mounting weapons and other mission equipment. The F-16 is commonly called the “Viper” pilots and crews, due to a perceived resemblance to a viper snake as well as the Battlestar Galactica Colonial Viper starfighter. It has a maximum speed at sea level of 915 mph and at altitude of 1,320 mph. It has a ferry range of 2,620 mi.