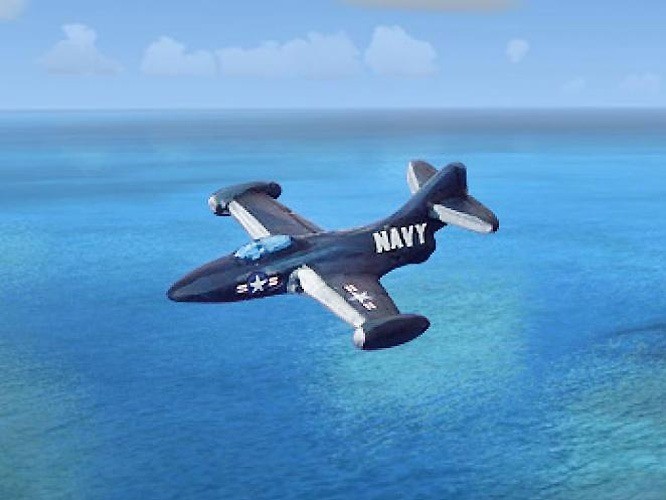 The Grumman F9F Panther is a single-engined, straight-winged day fighter. It was the Grumman first jet fighter and one of the United States Navy’s first successful carrier-based jet fighters. The F9F was cleared for flight from aircraft carriers in September 1949. The Grumman Panther was the primary U.S. Navy and USMC jet fighter and ground-attack aircraft in the Korean War. The Panther was the most widely used U.S. Navy jet fighter of the Korean War, flying 78,000 sorties. Panthers were withdrawn from front-line service in 1956, but remained in training roles and with U.S. Naval Air Reserve and U.S. Marine Air Reserve units until 1958. It was also the first jet aircraft used by the Blue Angels flight team, being used by them from 1949 through to late 1954. The F9F has a maximum speed 575 mph and a range of 1,353 mi. It was fitted with an armament of four 20 mm (0.79 in) cannons and could carry on underwing hardpoints six 5 in (127 mm) rockets or 2,000 lb of bombs.

Be the first to review “F9F Panther (8 pcs)” Cancel reply