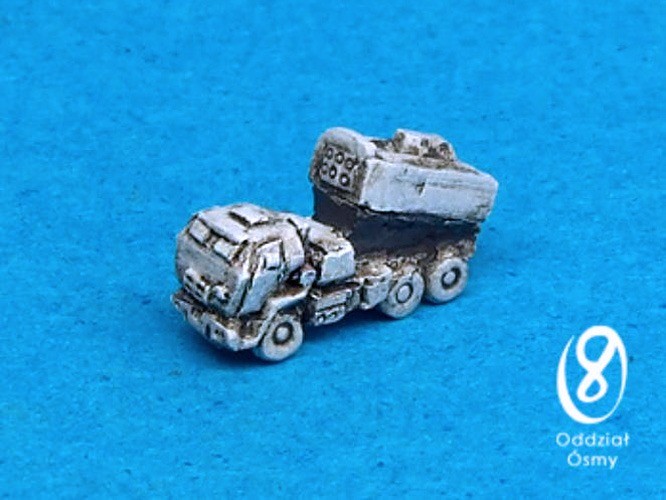 The M142 High Mobility Artillery Rocket System (HIMARS) is a U.S. light multiple rocket launcher mounted on a standard Army Medium Tactical Vehicle (MTV) truck frame. In July 2007, Marines from Fox Battery 2nd Battalion 14 Marine Regiment from Oklahoma City, Oklahoma were deployed to the Al Anbar province of Iraq. This is the first Marine unit to use the HIMARS in combat. In November 2015, the United States Army revealed they had deployed the HIMARS to Iraq, firing at least 400 rockets at the Islamic State since the beginning of summer. HIMARS detachments were sent to Al Asad Airbase and Al-Taqaddum Air Base in Anbar province. On 4 March 2016, Army HIMARS systems fired rockets into Syria in support of Syrian rebels fighting ISIL for the first time, with the launchers based in neighboring Jordan.The HIMARS carries six 227 mm M270 series rockets or one MGM-140 ATACMS missile on the U.S. Army’s new Family of Medium Tactical Vehicles (FMTV) five-ton truck, and can launch the entire Multiple Launch Rocket System Family of Munitions (MFOM). It has a crew consisting of three; Gunner, Driver, and Launcher Chief.

Be the first to review “HIMARS (15 pcs)” Cancel reply