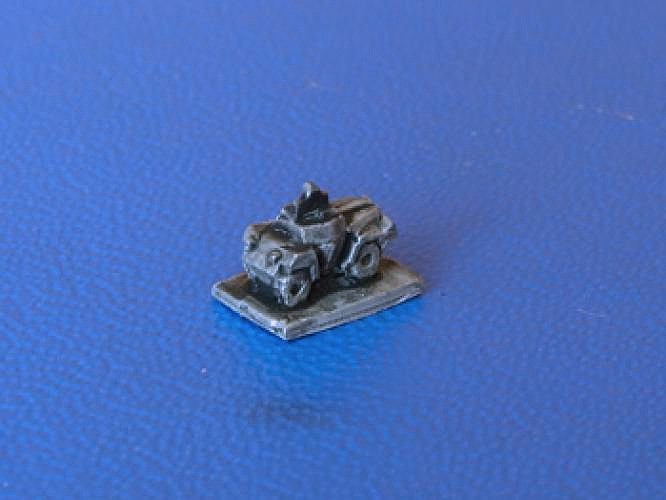 The Humber Scout Car was a British light scout car used in the Second World War. It entered service in 1942 and continued in production until 1945. Designed for reconnaissance, and liaison between armoured units, it provided protection only against light arms fire, so was not a front line vehicle. More importantly it was small and fast and could quickly evade trouble. It became the shape format for the post war Ferret armoured car which began production in 1952.