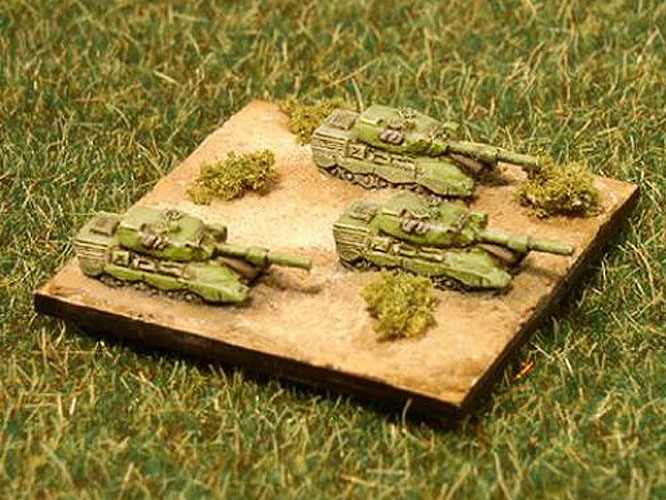 German MBT with a 105mm cannon and improved armor.

The Leopard 1A4 formed the sixth batch of 250 vehicles, delivery starting in 1974. The 1A4 was externally similar to the 1A3, but included a new computerized fire control system and the new EMES 12A1 sighting system to aim it. In addition, the commander was provided with his own independent night sighting system, the PERI R12. The new equipment used up space and the ammunition load was reduced to 55 rounds, of which 42 were stored in the magazine to the left of the driver.