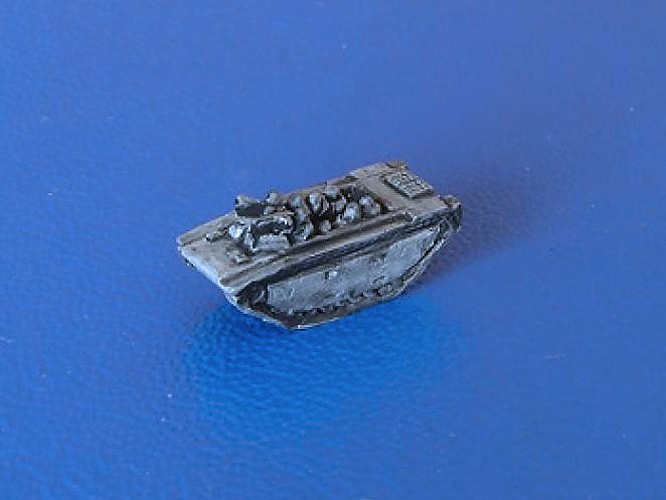 Second, improved version with a new engine and larger capacity.

The Landing Vehicle Tracked (LVT) is an amphibious warfare vehicle and amphibious landing craft, introduced by the United States Navy. The Marine Corps and Army used several LVT models during World War II. Originally intended solely as cargo carriers for ship to shore operations, they evolved into assault troop and fire support vehicles. The types were known as amphtrack, amtrak, amtrac etc., being portmanteaus of amphibious tractor, and alligator or gator.