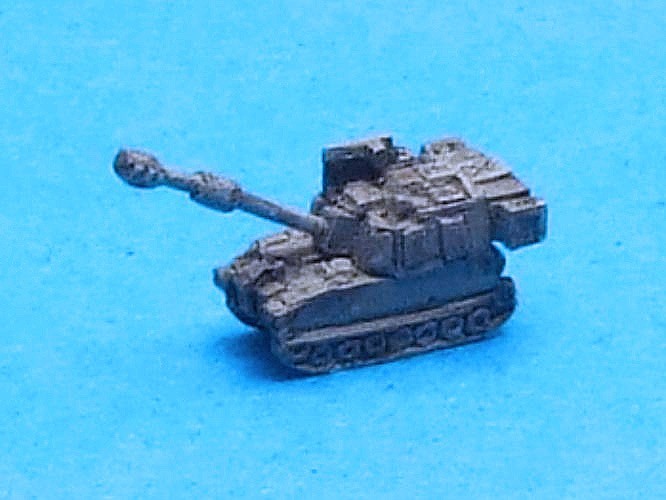 The M109 is an American 155mm self-propelled howitzer, first introduced in the early 1960s. It has been upgraded a number of times, most recently to the M109A7. The M109 family is the most common western indirect-fire support weapon of maneuver brigades of armored and mechanized infantry divisions. The M109 has a crew of six: the section chief, the driver, the gunner, the assistant gunner and two ammunition handlers. The gunner aims the cannon left or right (deflection), the assistant gunner aims the cannon up and down (quadrant). The M109A6 Paladin needs only a crew of four: the commander, driver, gunner and an ammunition loader. The M109A6 Paladin contains product improvement in the areas of survivability, RAM, and armament. This includes increased armor, redesigned (safer) internal storage arrangement for ammunition and equipment, engine and suspension upgrades, and product improvement of the M284 cannon and M182A1 mount. The main gun on is the M284 155 mm Howitzer with an ammo capacity of thirty nine 155 mm rounds. The secondary turret usually carries either the M2 Browning, the Mk 19 40 mm grenade launcher, the M60, or the M240 machine gun.