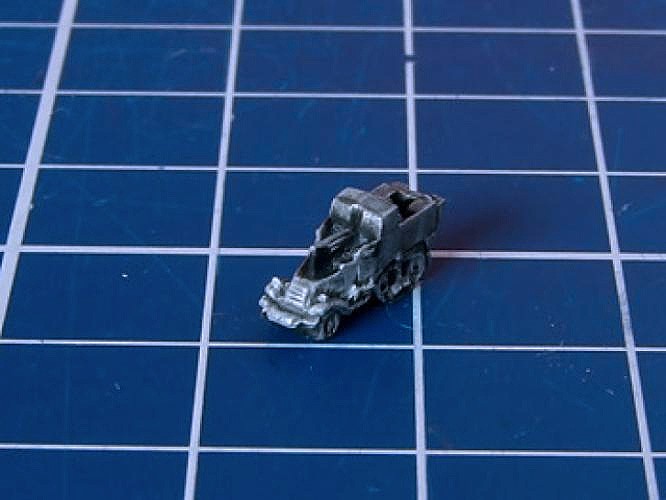 The M3 Gun Motor Carriage (GMC) was a United States Army tank destroyer equipped with one 75 mm gun and was produced by Autocar. After the fall of France, the U.S. Army decided to make a self-propelled artillery piece from the M1897A4 gun on the M3 chassis, which was designated the T12. After some improvement, it came into production as the M3 Gun Motor Carriage. However, the supply of M2A3 gun shields was insufficient for production needs, so a new gun shield was used. This was designated the M3A1 GMC.