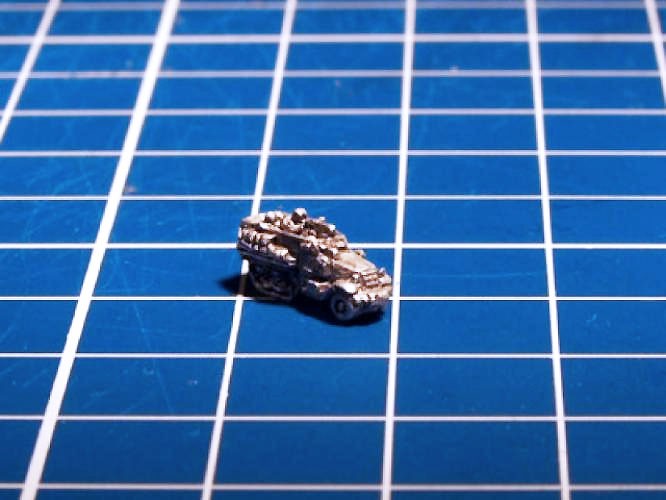 WWII veteran Halftrack in use by the IDF for many years.

The M3 Half-track, known officially as the Carrier, Personnel Half-track M3, was an American armored personnel carrier widely used by the Allies during World War II and in the Cold War. Derived from the M2 Half Track Car, the slightly longer M3 was extensively produced, with about 15,000 units and more than 50,000 derivative variants manufactured (most of which were interim designs).

The design was based on the Citroen-Kégresse half-track. The developers attempted to use as many commercial parts as possible. There were also several dozen variants for different purposes. The M3 and its variants were supplied to the U.S. Army and Marines, as well as British Commonwealth and Soviet Red Army forces, serving on all major fronts throughout the war. Although at first unpopular, it was used by most of the Allies at some point in the war.