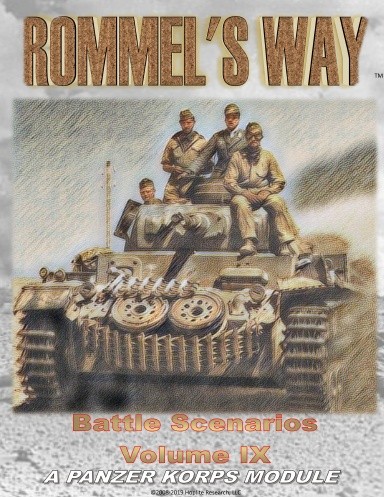 This is the ninth in a series of Scenario books designed specifically for the PANZER KORPS WWII Rules System. Featuring many of his own letters and opinions, ROMMEL’S WAY expands the scenario book library by offering the mind of the man behind the North African Campaign.