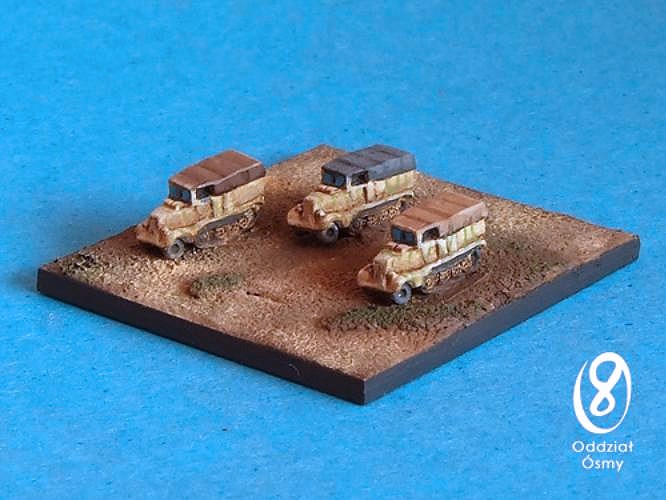 The Sd.Kfz. 11 (Sonderkraftfahrzeug – special motorized vehicle) was a German half-track that saw very widespread use in World War II. Its main role was as a prime mover for medium towed guns ranging from the 3.7 cm FlaK 43 anti-aircraft gun up to the 10.5 cm leFH 18 field howitzer. It could carry eight troops in addition to towing a gun or trailer.

The basic engineering for all the German half-tracks was developed during the Weimar-era by the Reichswehr‘s Military Automotive Department, but final design and testing was farmed out to commercial firms with the understanding that production would be shared with multiple companies. Borgward[Notes 1] was chosen to develop the second smallest of the German half-tracks and built a series of prototypes between 1934 and 1937. However development was taken over in 1938 by Hanomag who designed the main production version, H kl 6.