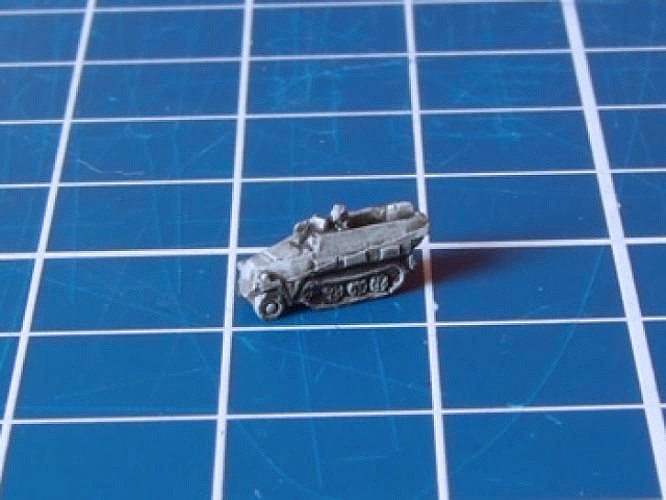 The Sd.Kfz. 251 (Sonderkraftfahrzeug 251) half-track was an armored fighting vehicle designed and first built by the Hanomag company during World War II, and based on their earlier, unarmored Sd.Kfz. 11 vehicle. The larger of the pair (the Sd.Kfz. 250 being the lighter one, designed and built by Demag) of the fully armored wartime half-tracks of the Wehrmacht, the Sd.Kfz. 251 was designed to transport the panzergrenadiers of the German mechanized infantry corps into battle. Sd.Kfz. 251s were the most widely produced German half-tracks of the war, with at least 15,252 vehicles and variants produced by various manufacturers, and were commonly referred to simply as “Hanomags” by both German and Allied soldiers.