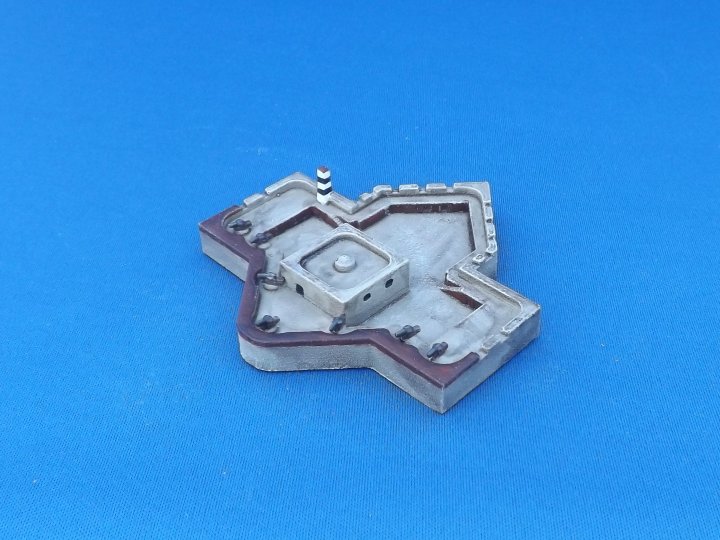 A 2mm (1/900) scale model of Southsea Castle.  Towards the end of the Napoleonic Wars, Southsea was given a major rebuild, with the northern wall demolished and moved 20-30 feet.  In 1828 a lighthouse was added on the Western gun platform, and in 1850 seven modern gun installations were built looking out over the Solent.  This model depicts the castle after these rebuilds (which is pretty much how it remains today).

Be the first to review “Southsea Castle (1850)” Cancel reply