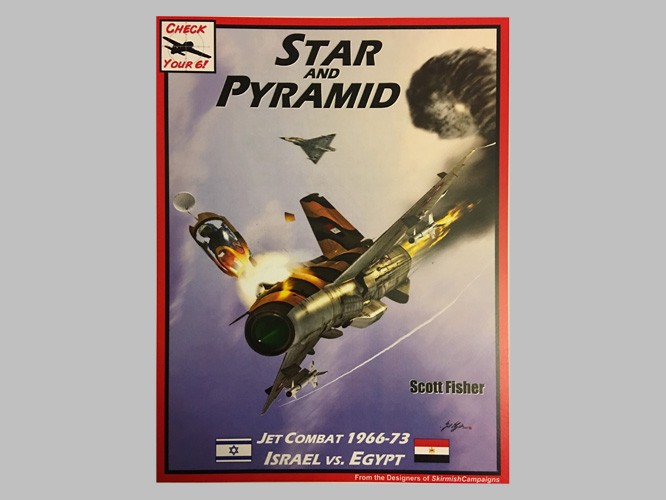 Star and Pyramid is a scenario-and-campaign book for the Check Your 6 Jet Age air-combat-and-campaign rules. The book provides comprehensive coverage of the air wars between Israel and Egypt between 1966 and 1973 under one cover with five campaigns and 27 scenarios. The scenarios can be played individually, linked to form campaigns, or combined as one grand campaign.

The first campaign covers the Israeli surprise attack on Egypt and the first two days of air battles in the 1967 Six-Day War while the second covers Egyptian attempts to strike back over the final four days of the war.

Be the first to review “Star and Pyramid” Cancel reply