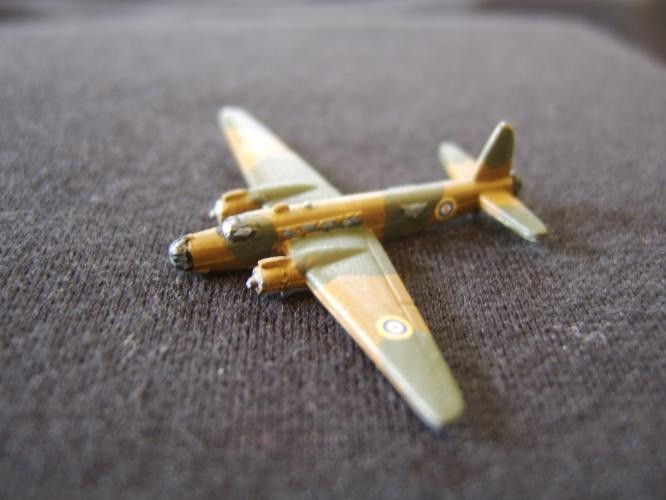 The Vickers Wellington was a British twin-engined, long-range medium bomber. It was designed during the mid-1930s at Brooklands in Weybridge, Surrey, led by Vickers-Armstrongs‘ Chief Designer Rex Pierson; a key feature of the aircraft is its geodesic fuselage structure, principally designed by Barnes Wallis. Development had been started in response to Air MinistrySpecification B.9/32; issued in the middle of 1932, this called for a twin-engined day bomber capable of delivering higher performance than any previous design. Other aircraft developed to the same specification include the Armstrong Whitworth Whitley and the Handley Page Hampden. During the development process, performance requirements such as for the tare weight changed substantially, as well as the powerplant for the type being swapped.

Be the first to review “Vickers Wellington (4 pcs)” Cancel reply