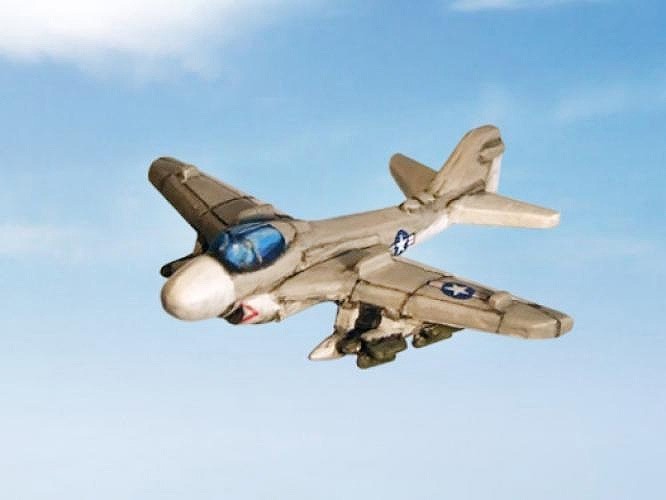 The Grumman A-6A Intruder was an American, twin jet-engine, mid-wing all-weather attack aircraft built by Grumman Aerospace. In service with the United States Navy and Marine Corps between 1963 and 1997, the Intruder was designed as an all-weather medium attack aircraft to replace the piston-engined Douglas A-1 Skyraider. The A-6 became both the U.S. Navy’s and U.S. Marine Corps’s principal medium and all-weather/night attack aircraft from the mid-1960s through the 1990s and as an aerial tanker either in the dedicated KA-6D version. A-6 Intruders first saw action during the Vietnam War, where the craft were used extensively against targets in Vietnam. The aircraft’s long range and heavy payload (18,000 pounds or 8,200 kilograms) coupled with its ability to fly in all weather made it invaluable during the war. The last Intruders were retired on 28 February 1997. It has a maximum speed of 644 mph at sea level a combat range of 3,243 mi and a ferry range of 2,733 mi. It has 5 hardpoints with a capacity of 3,600 lb each with the ability to carry both missiles and bombs.