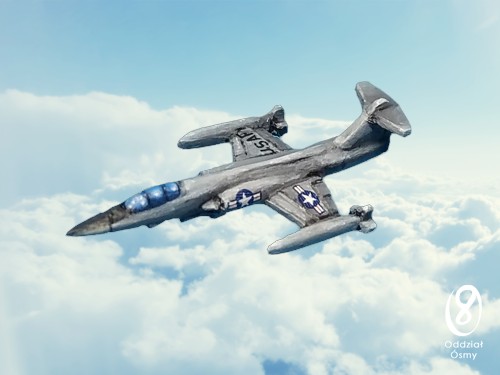 The Lockheed F-104C Starfighter was developed in the the mid-1950s and began service in the U.S. Air Force in 1958.  Primarily designed for a day fighter, it was developed up for multi-purpose roles in the 1960s.

It was retired from USAF service in 1969.  It was also used by the German, Italian, and Turkish air forces.