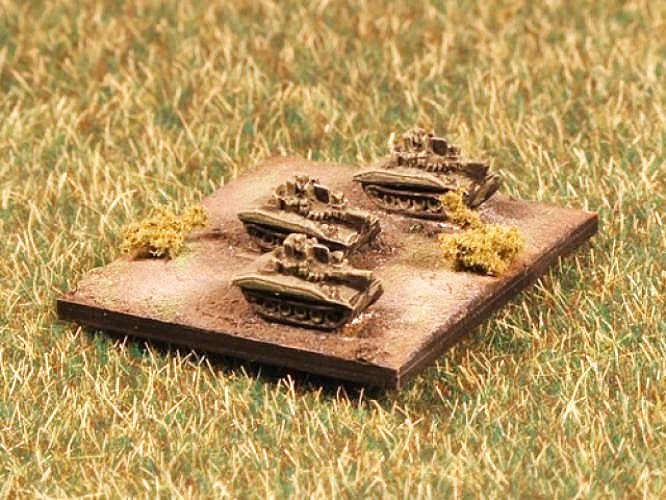 The M551 “Sheridan” AR/AAV (Armored Reconnaissance/Airborne Assault Vehicle) was a light tank developed by the United States and named after Civil War General Philip Sheridan. Development of the M551 Sheridan began in 1959. First prototypes were built in 1962 and production commenced in 1966. Vehicle is named in honor to Civil War General Philip Sheridan. The M551 Sheridan replaced the M41 tanks and M56 self-propelled guns in service with the US Army. The M551 Sheridan entered service with the United States Army in 1967. At the urging of General Creighton Abrams, the U.S. Commander of Military Forces in Vietnam at the time, the M551 was rushed into combat service in Vietnam in January 1969. In April and August 1969, M551s were deployed to units in Europe and Korea, respectively. Sheridans were gradually phased out of service since 1978, however last vehicles were decommissioned in 1996. Sheridan can be airdropped, including low altitude drops. Low altitude drops are made using LAPES extraction system. A special pallet absorbs most of the landing impact during impact. This maneuver allows to deliver vehicle when landing is not possible and enemy has a strong air defense. In fact Sheridan was the only air-deployable tank in service with US Army.The M551 Sheridan light tank is armed with the same weapons as the M60A2 main battle tank. It is fitted with a rather unique fully-stabilized 152-mm gun-launcher capable of firing ordinary projectiles and MGM-51 Shillelagh anti-tank guided missiles. This gun allowed to deal with most contemporary main battle tanks at short ranges, but had low accuracy on longer ranges. It also had sufficient firepower for infantry support role. The Shillelagh missiles allowed to deal with MBTs at long ranges. Secondary armament consists of 7.62-mm coaxial machine gun and 12.7-mm anti-aircraft machine gun. Vehicle has a crew of four, including commander, gunner, loader and driver. The Sherman has a range of 348 mi and a top speed of 43 mph on the road and 3.6 mph swimming.