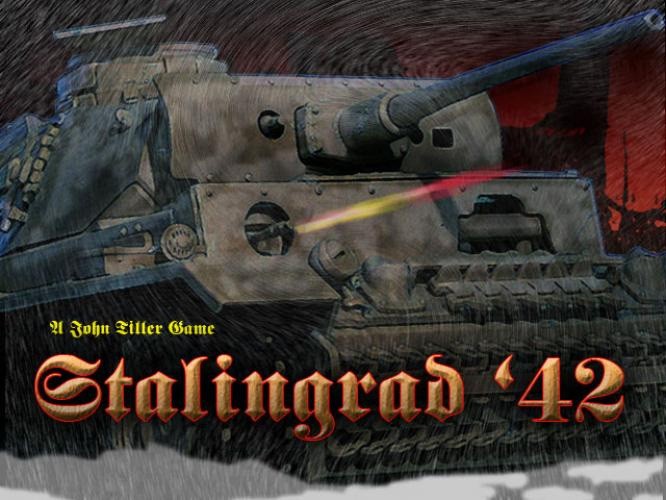 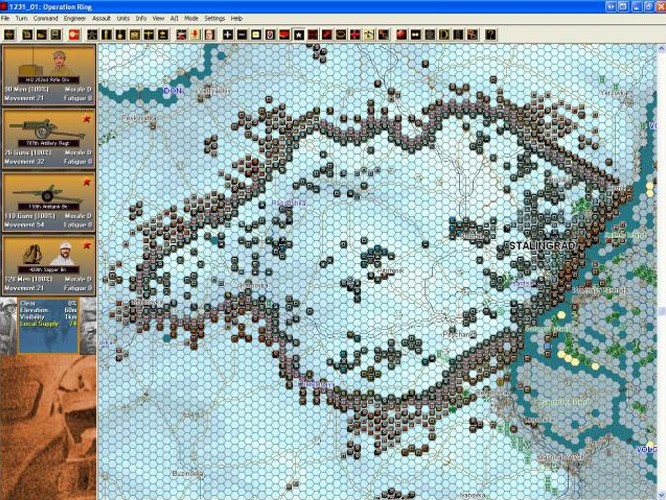 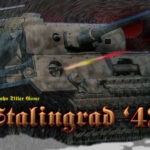 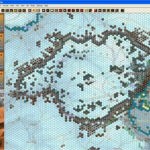 Toward the end of 1942, the German High Command saw that the tide on the East Front had reached its peak. After the setback in front of Moscow in 1941, the mighty German Army surged forward again in the summer of ’42. After defeating an ill-fated Soviet summer offensive at Kharkov in May, they drove onward to the outskirts of Stalingrad by the late summer of that year.

This is where the Stalingrad ’42 game picks up the fight, including a number of scenarios covering the drive to the Volga. After several months of bloody house to house fighting in the fall, the Soviet positions were reduced to pockets of rubble, barely 300 meters from the Volga. As the season turned to winter, Hitler remained fixated on taking the city, ultimately leading to disaster for his troops. He had badly underestimated the Soviet army’s ability to mount an offensive on his flanks. The Russians cut through weak, poorly equipped, Romanian troops and encircled the entire Sixth Army.

In Stalingrad 42 you can re-fight this titanic struggle, exploring both the historical situation in addition to a number of plausible “What If” situations; a German retreat, a corseted flank defense, or a powerful Panzer rescue force made available had Rommel been successful at el Alamein.