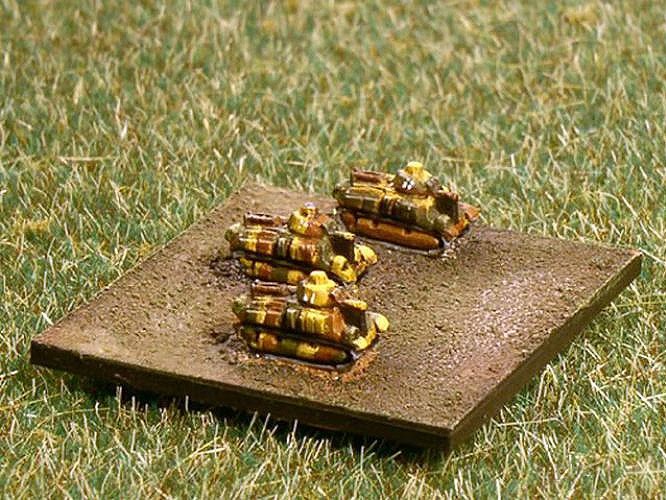 The SOMUA S35 was a French Cavalry tank of the Second World War. Built from 1936 until 1940 to equip the armoured divisions of the Cavalry, it was for its time a relatively agile medium-weight tank, superior in armour and armament to its French and foreign competitors, such as the contemporary versions of the German Panzerkampfwagen III. It was constructed from well-sloped, mainly cast, armour sections, that however made it expensive to produce and time-consuming to maintain.