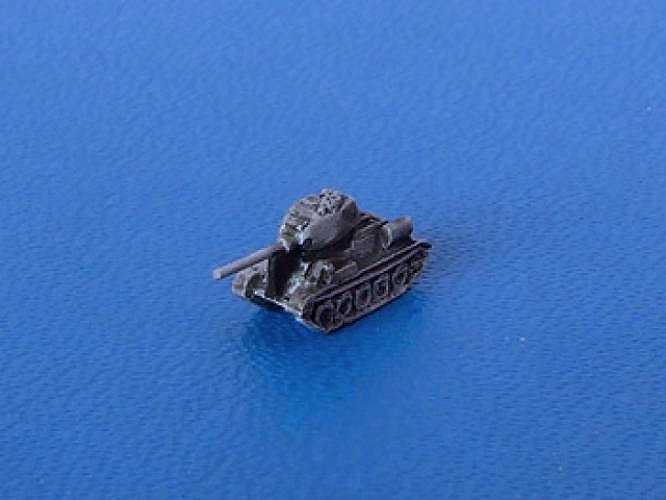 Version armed with an 85 mm gun in a larger turret.

After improved German Panzer IVs with the high-velocity 75 mm (2.95 in) gun were encountered in combat in 1942, a project to design an entirely new Soviet tank was begun, with the goals of increasing armour protection while adding modern features like a torsion-bar suspension and a three-man turret. This new tank, the T-43, was intended to be a universal tank to replace both the T-34 and the KV-1 heavy tank. However, the T-43 prototype’s armour, though heavier, was still not proof against German 88 mm guns, while its mobility was found to be inferior to the T-34. Finally, although the T-43 shared over 70% of its components with the T-34, manufacturing it would still have required a significant slow-down in production.[96] Consequently, the T-43 was cancelled.