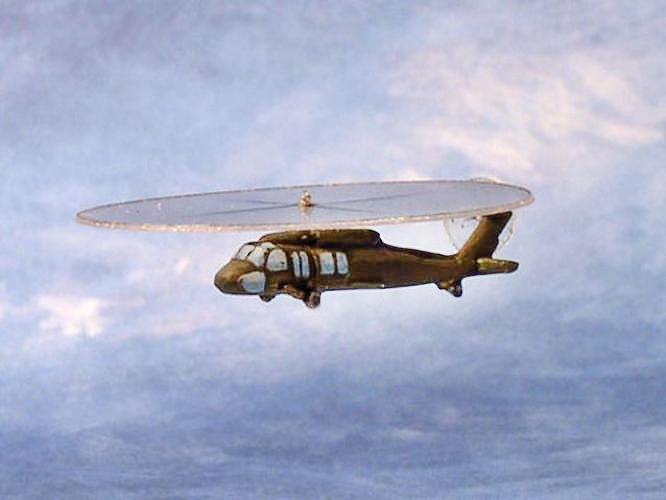 The Sikorsky UH-60A Black Hawk is a four-bladed, twin-engine, medium-lift utility helicopter manufactured by Sikorsky Aircraft. Named after the Indian war leader Black Hawk, the UH-60A entered service with the U.S. Army in 1979, to replace the Bell UH-1 Iroquois as the Army’s tactical transport helicopter. This was followed by the fielding of electronic warfare and special operations variants of the Black Hawk. I Modified versions have also been developed for the U.S. Navy, Air Force, and Coast Guard. In addition to U.S. Army use, the UH-60 family has been exported to several nations. It was produced from 1977 to 1989. It has a crew of 2 pilots and 2 crew chiefs/gunners maximum speed. the UH-60A has a maximum speed of 183 mph and a ferry range of 1,380 mi.